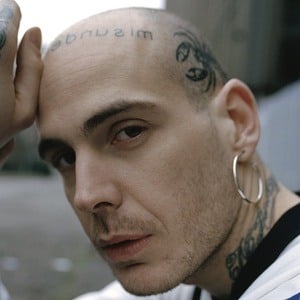 Italian rapper known for his chart-topping albums Kepler and Nonostante Tutto, both of which went gold in his native country. His debut album, L'unico Compromesso, reached number three on the charts.

He released his first mixtape, Affare Romano Vol. 1, in 2006. He released a total of six mixtapes before coming out with his first album in 2013.

A popular musical figure in his country, he has more than 1.4 million followers on Instagram.

Gemitaiz Is A Member Of