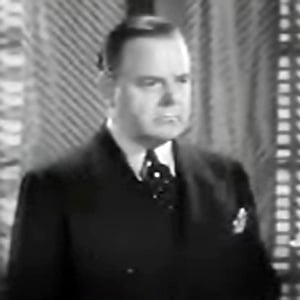 He appeared in the American remake of Pepe le Moko, Algiers, which earned him an Academy Award nomination for Best Supporting Actor. In 1943, he appeared in Hangmen Also Die.

He made his acting debut when he was six years old, appearing with the Kilties Band of Canada. By age fifteen, he became involved in sketches and played football for the Toronto Argonauts.

In addition to acting, he taught stage technique at the Julliard School of Music.

He was married to stage actress Kathleen Lockhart from 1924 until his death in 1957. They had a child named June.

He appeared as Sheriff Peter B. Hartwell in the 1940 Howard Hawks film, His Girl Friday.

Gene Lockhart Is A Member Of