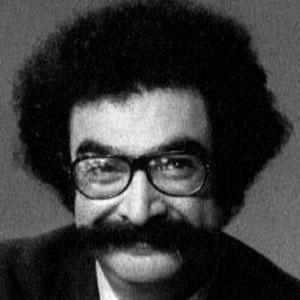 Film and book critic who presented his opinions on The Today Show for more than thirty years and frequently wore colorful bowties to complement his large mustache.

Before he started with The Today Show, he wrote his critiques for various print publications including Look, TV Guide, Cosmopolitan, and The New York Times.

He was involved in a controversy following the release of Brokeback Mountain when he claimed Jake Gyllenhaal's character to be a sexual predator.

He was married and had six children with his wife Nancy.

He served as Dick Clark's press agent during the 1960s.

Gene Shalit Is A Member Of