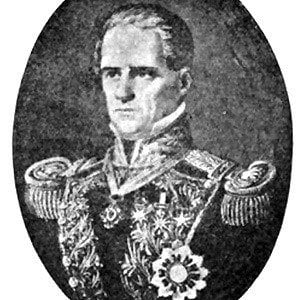 Eleven-time President of Mexico who earned the nickname, "The Napoleon of the West," for his military exploits.

He joined the Fijo de Veracrus infantry unit at age sixteen, against his parents' wishes.

He is best known in American folk lore for leading the Mexican Army during the bloody Texas Revolution.

He was married to Ines Garcia and Dolores de Tosta.

He fought against Davy Crockett at The Battle of the Alamo.

General Santa Ana Is A Member Of