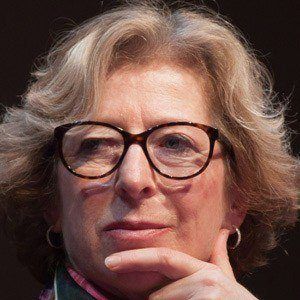 Affiliated with the French Socialist Party, this government official served from 2012 until 2014 as her country's Minister for Higher Education and Research. Previously, she had represented the District of Isère constituency in the French Parliament.

After earning advanced degrees in economics and English, she taught the latter subject at a school in her hometown of Amiens, France.

In the early 2000s, she held an executive position with the France Telecom company.

She and her five older siblings grew up in Amiens, France. She married at the age of eighteen.

She served as France's Minister for Higher Education and Research during the presidential administration of fellow Socialist Party member Francois Hollande.

Genevieve Fioraso Is A Member Of