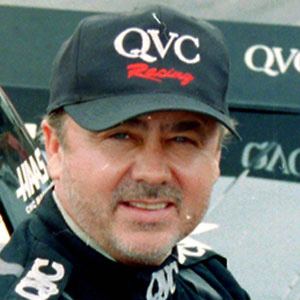 Eldest of the three NASCAR Bodine brothers, retired in 2012 after a 27-year career that included over 200 top-ten finishes.

At the age of fifteen, he pretended to be a woman so he could enter the Powderpuff Division Race.

He also became known as an avid bobsledder and created the Bo-Dyn Bobsled Company.

He divorced from Kathy Bodine in 1994.

His younger brothers Brett and Todd Bodine were also extremely successful during their NASCAR careers.

Geoff Bodine Is A Member Of