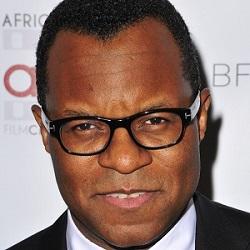 Academy Award winning screenwriter who is best recognized for writing Precious, based on the novel Push by Sapphire, for the screen in 2009.

He studied Psychology at Harvard.

His short film, Magic Markers, was produced in college and caught the eye of prolific director, John Singleton.

He was raised in New London, Connecticut.

He and Mo'Nique both won Oscars for their participation in Lee Daniels' 2009 film, Precious.

Geoffrey Fletcher Is A Member Of