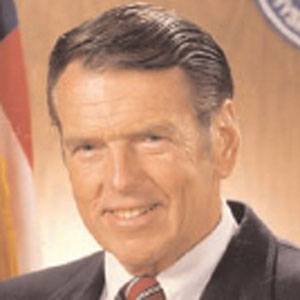 Pro Football Hall of Fame inductee who coached the Washington Redskins to the 1972 NFC Championship and was a two-time AP NFL Coach of the Year.

He competed in football, track, and basketball at Lake Shore High School in Michigan.

He coached the Los Angeles Rams and Chicago Bears during his tenure in the NFL.

His son George was Governor and a U.S. Senator of Virginia.

He served as an assistant coach under Sid Gillman.

George Allen Is A Member Of