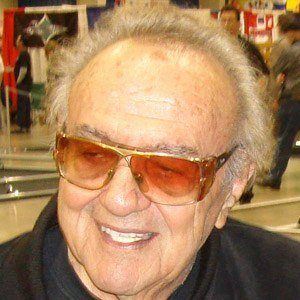 Known as the creator of the Hirohata Merc, Munster Koach, Wagon Queen Family Truckster, and Batmobile, this custom automobile designer was a member of the Kustom Kulture movement of the second half of the twentieth century.

During his high school years, he won numerous model airplane building competitions. One of his earliest custom cars appeared in the 1958 film High School Confidential.

He built cars for such popular television series as The Munsters, The Beverly Hillbillies, and Knight Rider.

He and his older brother Sam collaborated on the building of numerous custom cars. The brothers grew up in Chicago, Illinois, and Roseville, California.

At the request of Elvis Presley, he crafted a limousine out of an existing Cadillac car.

George Barris Is A Member Of