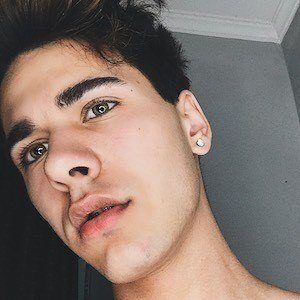 Crown verified TikTok personality known as GeorgeDaBerry who used the app to publish lip sync videos. He earned the verification crown when he had approximately 75,000 fans.

He became a live broadcaster on YouNow in April of 2015.

He had a t-shirt designed and made available for purchase on a website called zazzle.

He was born in Tbilisi in the country of Georgia. He has a sister.

He used the hashtag #ChoiceMuser to send in his Teen Choice award vote for Baby Ariel via Twitter.

George Berry Is A Member Of