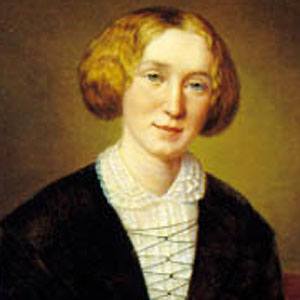 A popular British author of the Victorian Era, she is known for such classic novels as Middlemarch and Silas Marner. Her poetry collections include The Legend of Jubal, Count That Day Lost, and Arion.

Her father thought that she was not beautiful enough to secure a husband and instead encouraged her educational pursuits.

Her real name was Mary Anne Evans; George Eliot was her masculine pen-name.

She had a long-lasting domestic partnership with the already-married George Henry Lewes. In 1880, she wed a younger man named John Cross.

Literary critic Harold Bloom described her as one of the greatest authors in the history of Western literature.

George Eliot Is A Member Of