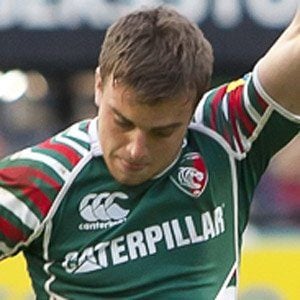 English rugby union footballer who played for Bath Rugby and the Leicester Tigers.

He was the youngest Rugby Union player to make his professional debut in England at the age of 16 years and 237 days old.

He was nominated for the BBC Young Sports Personality of the Year in 2009.

His brother Joe played rugby for Leeds Carnegie. His father Joe was the former head coach for Bath.

He played for Bath, which Andy Robinson once coached.

George Ford Is A Member Of