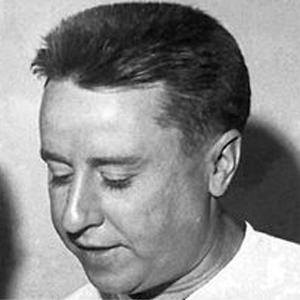 American comedian and actor who was the star of his own weekly NBC television show, The George Gobel Show, which ran from 1954 to 1960. He starred in the box office flop The Birds and the Bees in 1956.

He pursued a country music singing career and appeared on National Barn Dance. He later enlisted in the United States Army Air Forces during World War II and served as a flight instructor in AT-9 aircraft at Altus, Oklahoma.

He was known for coming on stage with a guitar, which he would start to play only to segue into a story, and never finish that song.

He had three children with his wife Alice. His father was a butcher and he was an only child.

His show alternated with Jack Benny's on CBS.

George Gobel Is A Member Of