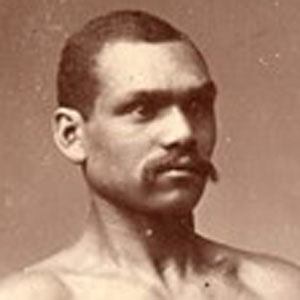 He began boxing as a kid when he started working in Boston.

He was known for primarily fighting boxers that were heavier than he was.

He was born in Charlottetown, Prince Edward Island, Canada, but left for Boston as a boy to find work.

In 1881 he notably had a bare-knuckled fight scheduled with John Lawrence Sullivan, but the police kept it from happening.

George Godfrey Is A Member Of