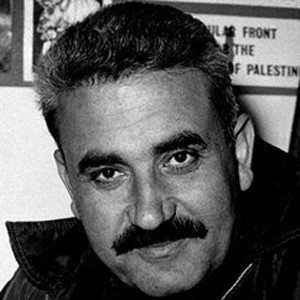 Secretary-General of the Palestine Front from 1967 to 2000 who was a prominent Palestinian Christian leader.

He graduated first in his class from Medical School in Beirut.

He founded the Popular Front for the Liberation of Palestine after suffering a huge loss during the Six-Day War in 1967.

He and his family became refugees during the Israeli-Palestinian War in 1948.

He accused Yasser Arafat of selling out the Palestinian revolution when the latter signed the Oslo Accords in 1993.

George Habash Is A Member Of