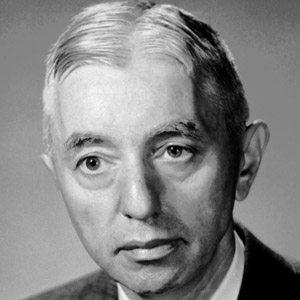 Born Chaim Godalia Rickover, he is the 'Father of the nuclear navy,' who helped the U.S. build its first nuclear submarine. He also convinced the U.S. Navy that ships could be powered by nuclear reactors, and was put him in charge of the project.

His family fled Russia during the Russian pogroms of 1905 that killed over 3000 jews and he had to overcome considerable anti-Semitism while studying at the U.S. Naval Academy.

Despite spending most of his career advocating for naval nuclear propulsion he commented, towards the end of his career, that if it were up to him he would "sink the all".

He met his future wife, Ruth D. Masters, when they were both students at Columbia University; the couple married in 1931.

After criticizing the national defense policy of President Ronald Reagan, he was forced into retirement.

Hyman G. Rickover Is A Member Of