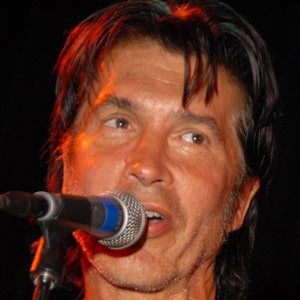 Guitarist and songwriter with the heavy metal bands Dokken, Lynch Mob, and Souls of We.

He was in a band called The Boyz, which toured the Sunset Strip club scene.

He has a custom guitar pick called the Screamin Demon, which produces his signature screaming sound.

He tried out to be Ozzy Osbourne's lead guitarist twice, losing both times.

George Lynch Is A Member Of