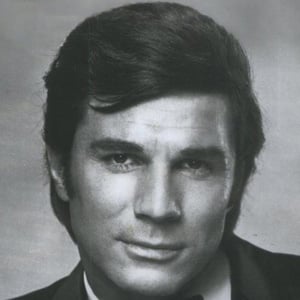 Popular actor and musician of the 1960s who starred as Buz Murdock in the first three seasons of the series, Route 66, and released seven LPs of love songs.

He studied at the Actors Studio, and acted Off-Broadway in a production of The Zoo Story, then moved to television in the soap opera, Search for Tomorrow.

Despite receiving an Emmy nomination for his role as Buz on Route 66, he departed the show citing his failing health and the grueling shooting schedule and the show's popularity dropped after his departure.

He was born in Astoria, New York, one of seven children of Greek immigrants.

He co-starred with Ralph Bellamy in the shortlived ABC series, The Most Deadly Game.

George Maharis Is A Member Of