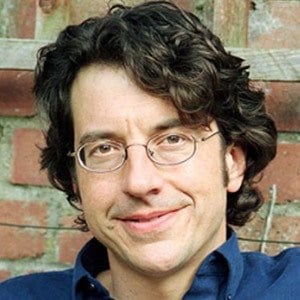 Writer and environmental activist who is known for books like "Captive State: The Corporate Takeover of Britain" and "Feral: Searching for Enchantment on the Frontiers of Rewilding".

He studied at Brasenose College, Oxford, graduating with a degree in zoology.

He is the founder of The Land is Ours, a land rights campaign advocating access to the land.

His parents are Rosalie and Sir Raymond Geoffrey Monbiot. He was married to Angharad Penrhyn Jones until 2008. He has two children.

He was awarded a United Nations Global 500 Award in 1995 by Nelson Mandela for outstanding environmental achievement.

George Monbiot Is A Member Of