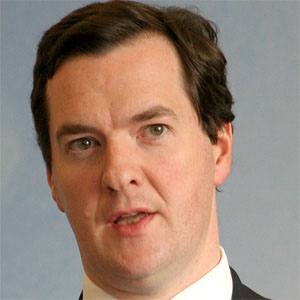 British Conservative Party Member of the United Kingdom Parliament for the constituency of Tatton. He also served, beginning in 2010, as Second Lord of the Treasury and as Chancellor of the Exchequer.

After studying history at Magdalen College, Oxford, he worked as a freelance journalist. In 1994, he accepted a position with the U.K. Conservative Party's Conservative Research Department.

In 2005, he became Shadow Chancellor of the Exchequer.

He has three younger brothers named Theo, Adam, and Benedict. He married author Frances Victoria Howell in 1998; they became parents to a son named Luke and a daughter named Liberty. The couple announced their divorce in July 2019. In April 2021, Osborne announced his engagement to Thea Rogers. The couple welcomed a son named Beau together in July of 2021.

During the mid 1990s, he served as an adviser to fellow Conservative Party politician Douglas Hogg who served as Minister of Agriculture, Fisheries and Food.

George Osborne Is A Member Of