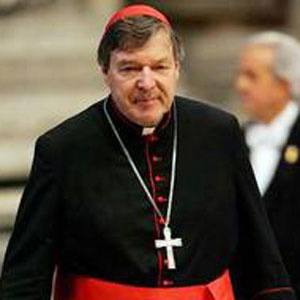 Australian cardinal of the Roman Catholic Church who, in 2001, was installed as the Archbishop of Sydney.

He began his priestly studies at Corpus Christi College in 1960.

He criticized Pope Benedict XVI's decision to retire, reasoning that it would set a problematic precedent.

He was elevated to the cardinalate in 2003 by Pope John Paul II.

George Pell Is A Member Of