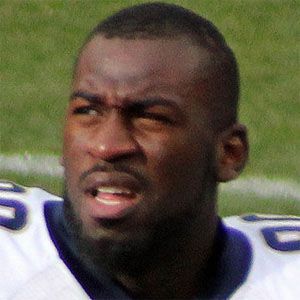 NFL defensive end who was a 7th round pick of the St. Louis Rams in 2010. He played for the Panthers and Jaguars before earning a starting role on the Dallas Cowboys in 2013.

He was a one-time Big Eat Defensive Player of the Year and two-time First-team All-American during his career at the University of South Florida.

He was second in sacks on the Dallas Cowboys in 2013 with 7.

His parents are George and Twana Selvie.

He sacked Christian Ponder when the Cowboys played the Vikings during week 9 of the 2013 season.

George Selvie Is A Member Of