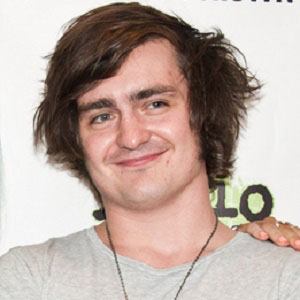 Lead vocalist, keyboard player and pianist for the Australian indie pop band Sheppard. The group won Breakthrough Independent Artist at the AIR Awards in 2014 and Best Group at the 2014 ARIA Awards. In 2017, he announced that the band would be touring with pop group Little Mix.

He moved to Sydney, Australia after attending Brisbane Boys College in 2004. He came together with his sister Amy in 2009 to form Sheppard initially as a duo.

He, Amy, and rhythm guitarist Jay Bovino wrote the songs for Sheppard's award-winning debut studio album Bombs Away which peaked at #2 on the ARIA Albums Chart and was certified gold.

His sisters Amy and Emma Sheppard also perform in the band. He began dating Kathleen Seagar in 2013.

Though he is a musician with a last name of Sheppard, guitarist Rodney Sheppard is not a member of the band Sheppard.

George Sheppard Is A Member Of