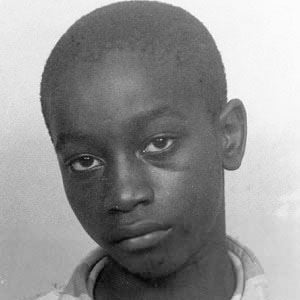 African-American boy who was executed as a 14-year-old after being convicted of murdering a pair of white girls. Seven decades after the execution, the conviction was overturned on the grounds that his Sixth Amendment rights had been violated due to his lack of legal defense during the trial. There was only circumstantial evidence linking him to the homicides.

In March of 1944, he was convicted of murdering June Binnicker and Mary Emma Thames in the first-degree following an only two-hour-long trial by an all-white jury. On the day of the murders, he had simply spoken to the two young victims who, in the hours leading up to their deaths, happened to ride their bicycles past his home.

His unjust arrest and conviction caused his father to lose his job and his family members, fearing lynching, to leave their hometown of Alcolu, South Carolina.

Actor Kenny Blank played a character based on Stinney in a 1990s television movie adaptation of David Stout's book.

George Stinney Is A Member Of