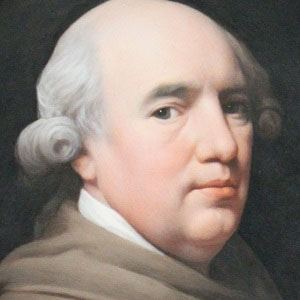 Remembered for his oil paintings depicting horses and other animals, this eighteenth-century English artist is notable for works such as Whistlejacket (1762), Portrait of a Large Dog (1772), and The Kongouro [Kangaroo] from New Holland (1772).

Primarily a self-taught artist, he became a portrait painter in the mid 1700s and enriched his work by studying anatomy at York County Hospital. One of his earliest collections of drawings, The Anatomy of the Horse, was based on his independent study of equine corpses.

His paintings found permanent homes at the National Gallery, London; the National Maritime Museum, Greenwich; the National Museums Liverpool; the Royal Collection; the Tate Gallery; the Hunterian Museum; the British Sporting Art Trust; and the Victoria and Albert Museum.

The son of a leather specialist and tradesman, he spent his youth in Liverpool, England. With his common-law wife, Mary Spencer, he raised an artist son named George Townly Stubbs.

He and German painter and printmaker Franz Marc are both known for works that feature horses as subjects.

George Stubbs Is A Member Of