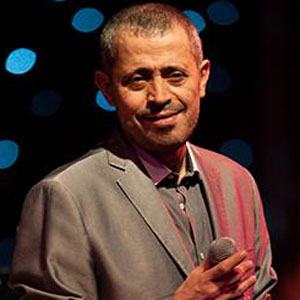 Syrian singer who has released over thirty albums since 1984, including Dol Mush Habayib.

He started singing at age ten and was discovered while singing at a wedding party when he was twelve years old.

His vocal style has been emulated by George El Rassi.

He had three children with his first wife Shalimar, to whom he was married for nearly three decades. He later married Nada Zeidan, with whom he had a daughter.

George Wassouf Is A Member Of