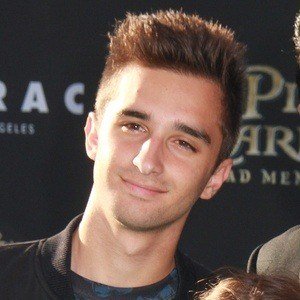 Son of Sex and the City: The Movie star Gilles Marini. He was born in 1998, which was also the year his father married his mother, Carole.

His father moved to American in his early 20s to learn English. To support himself during this time, his father worked as a model.

His father has taught him martial arts - specifically, Brazilian jiu jitsu - since he was a young child. He has also begun expressing interest in acting.

He was born in the United States, though his father holds dual citizenship in both the US and France. He has a sister named Juliana.

His father starred alongside Susan Lucci on the Lifetime TV series Devious Maids in 2014 and 2015.

Georges Marini Is A Member Of