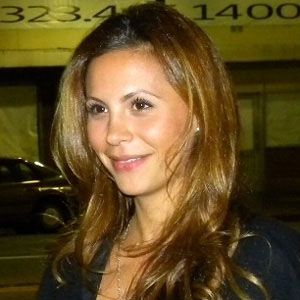 Competitor on The Bachelor: On the Wings of Love and Bachelor Pad. She was pronounced brain dead and taken off life support two days after hanging herself in 2013.

She had her first modeling jobs as a toddler with Gerber Baby and Johnson & Johnson.

She was cast in her first major film role, a film in which she'd be playing Ava Gardner, shortly before her death. Her scenes were never filmed.

She had a relationship with Jake Pavelka on The Bachelor, but Jake ultimately gave Vienna Girardi the final rose.

She was living with her NBA player boyfriend Ryan Anderson prior to her death in 2013.

Gia Allemand Is A Member Of