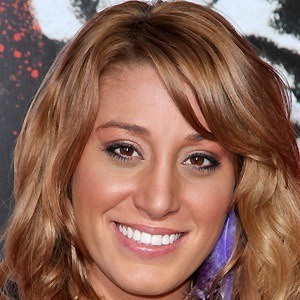 Reality personality best known as the winner of the fourteenth season of The Bachelor.

Before going on the show, she worked as a marketing representative.

In 2010, she was featured on the reality show Bachelor Pad.

She dated Jake Pavelka for three months after winning the competition. She later dated Bachelorette contestant Kasey Kahl. They broke up in 2011. In 2016, she became engaged to race car driver Todd Allen.

She was engaged to Jake Pavelka after winning The Bachelor, but they split in a highly publicized breakup.

Vienna Girardi Is A Member Of