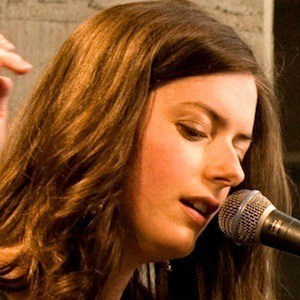 English singer and songwriter who rose to fame in 2012 for the release of her debut album Life in Full Colour. She then went on to release her followup album A History of Now in 2015.

She was only fourteen when she penned her first song, earning herself a spot on the BBC series Get Your Act Together hosted by Ronan Keating.

After touring through the United States, she released the 2013 album Callaghan: Live in America.

The English native moved to Atlanta, Georgia in 2010 and then Nashville, Tennessee in 2012.

She worked with Shawn Mullins to co-write and produce her album Life in Full Colour and the EP London To Lawrenceville.

Georgina Callaghan Is A Member Of