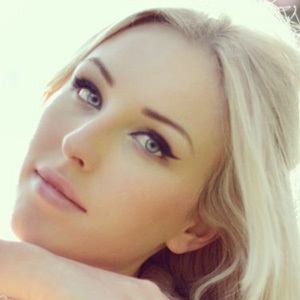 British actress and singer who is best known for her acting on the popular youth show Skins (UK) where she played the recurring role of Abigail Stock. She is also a model who is known for having earned representation from Elite Model Management.

She started her career working as a model at the age of 15. She made her acting debut in 2007 when she starred in the UK edition of the show Skins. After appearing on both the first and second season of the series, she made the transition into feature films in 2014 when she starred as Loren in Bloodshot.

She is also known for having attended the University College of London where she studied philosophy and art history. It was here that she also started working on her songwriting career.

She was raised in Budapest and later Paris before settling in Amsterdam during her teenage years. She is the great-granddaughter of Herbert Beerbohm Tree who was the founder of The Royal Academy of Dramatic Art in London.

She starred alongside Kaya Scodelario and Hannah Murray in the 2007 television series Skins (UK).

Georgina Moffat Is A Member Of