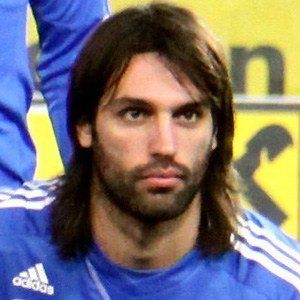 Striker and left wing who played for Celtic FC and Heerenveen. He helped Celtic FC win the Scottish Premiere League title in 2008.

He made his professional debut with youth team OFI Crete in 1994.

He signed with Manchester City for £6 million in 2006.

His father Ioannis, Samaras, played soccer professionally as well until 1996.

His sports hero growing up was basketball icon Michael Jordan.

Georgios Samaras Is A Member Of