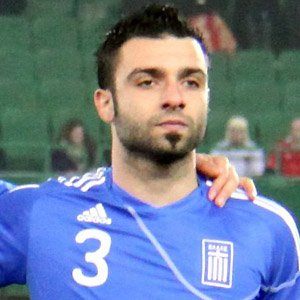 Left back who joined PAOK in 2013 after spending a year with Monaco. He debuted for the Greek national team in 2010.

He spent his first two professional seasons with Kerkyra, appearing in 23 matches from 2006 to 2008.

He and goalkeeper Alexandros Tzorvas became teammates on the Greek national team.

Georgios Tzavellas Is A Member Of