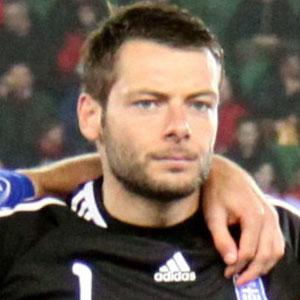 Goalkeeper who signed with Genoa in 2012 and first represented the Greek national team in 2008.

He made his professional debut with Panathinaikos F.C. at age 19.

He was teammates with Djibril Cisse on Panathinaikos from 2009 to 2011.

Alexandros Tzorvas Is A Member Of