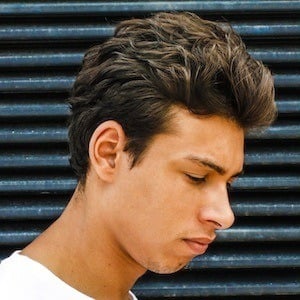 French rapper who is famous for his Georgioxv3 YouTube channel. He has gained popularity there for his original music and music videos, which included his 2014 album A l'abri.

He and Nekfeu collaborated on his single "Comme une balle."

Georgioxv3 Is A Member Of