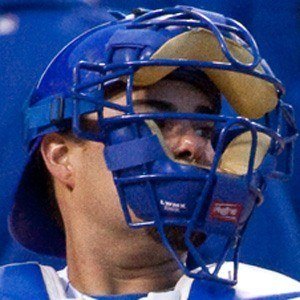 Puerto Rican MLB catcher who played his first 8 seasons with the Chicago Cubs.

He played minor league baseball after being drafted in 2001 by the Houston Astros.

He was named NL Rookie of the Year in 2008 while playing with the Cubs.

He played alongside Ian Kinsler on the Texas Rangers in 2012.

Geovany Soto Is A Member Of