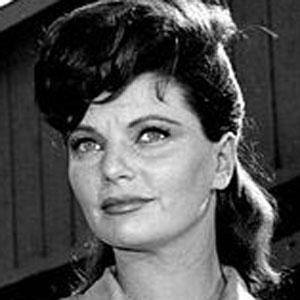 Actress known for her roles in many films and television shows over the course of three decades from the 1940 to 1970 era.

She took dance classes from the age of two and went to an all girls modeling school.

She was named after Geraldine Farrar, one of Metropolitan Opera's popular singers during that time.

Her final movie role was in 1975's Mr. Ricco with Dean Martin.

Geraldine Brooks Is A Member Of