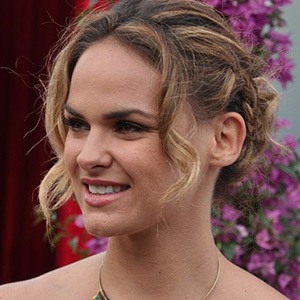 French actress who is known for appearing in projects such as A votre service and S.O.S. 18. She played a character named Laura in the 2008 TV show Pas de secrets entre nous.

One of her initial acting jobs was as Géraldine in the 2001 TV show Le Groupe.

She appeared in 47 episodes of the TV series Camping paradis. She accrued over 60,000 followers on her eponymous Instagram account.

She has a sister named Amelie Zorzetto.

She acted alongside Laurent Ournac in the comedic TV series Camping paradis.

Geraldine Lapalus Is A Member Of