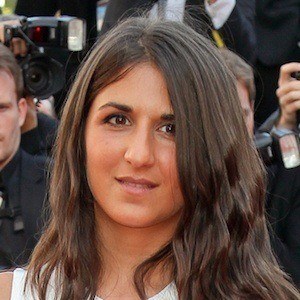 Award-winning actress and filmmaker recognized for her roles in films like All That Glitters, The Players, and Asterix and Obelix: Mansion of the Gods.

After earning a diploma in cinema, she began her career working as an assistant director on films like Les Guignols de l'info. She first made her acting debut in the 2003 film Hey Good Looking!

A screenwriter and a director, she was the mind behind the 2010 film All That Glitters and the 2012 movie Nous York.

She and her brother Olivier were raised in an Algerian Sephardi family. She was married to comedian Manu Payet from 2009 to 2011.

In her directorial debut All That Glitters, she directed and starred opposite Leila Bekhti.

Geraldine Nakache Is A Member Of