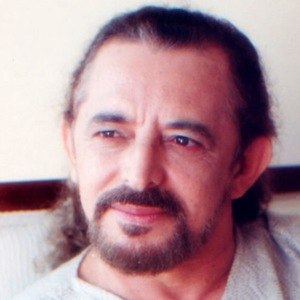 Pop singer and actor who is best known for the work he created with artists like Alceu Valença and Zé Ramalho.

His first album was called Alceu Valença e Geraldo Azevedo and it was released in 1972.

He appeared in the 1974 film The Night of the Scarecrow. He has over 340,000 followers on his geraldoazevedooficial Instagram account.

He posted to Instagram about his strong support for fellow Brazilian actor Alexandre Nero in April 2018.

Geraldo Azevedo Is A Member Of