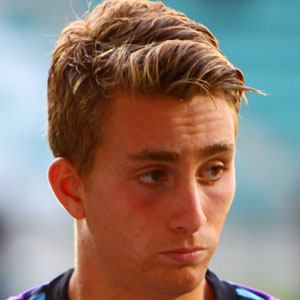 Lauded for his all-around game, he joined Barcelona's senior club in 2011 and played on loan in the English Premier League for Everton in 2013.

He was born in Riudarenes, Spain.

He joined center back Sylvain Distin on Everton in 2013.

Gerard Deulofeu Is A Member Of