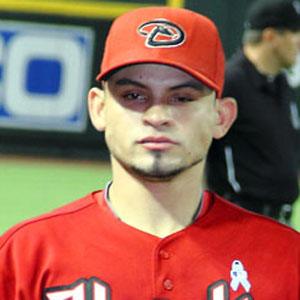 Venezuelan-born outfielder who began his career with the Arizona Diamondbacks in 2009. He won a World Series Championship as a member of the Washington Nationals in 2019.

After Conor Jackson injured himself, he was called up from AA and placed into the Diamondbacks starting line up.

He became the 100th player in MLB history to hit a home run in his first time at bat.

He was born in Santa Barbara del Zulia, Venezuela.

He became teammates with Paul Goldschmidt when the slugging first baseman joined the Diamondbacks in 2011.

Gerardo Parra Is A Member Of