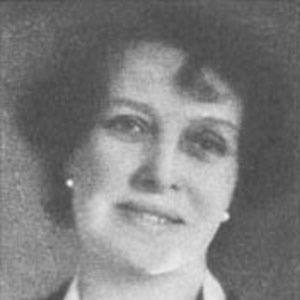 She became famous after playing the role of Gertrude in an 1891 production of Hamlet.

She was an outspoken supporter of women's equality.

Her granddaughter, Sonja Linwood, had a career as a musician.

She produced and directed Anna Christie, a play by Eugene O'Neill.

Gerda Lundequist Is A Member Of