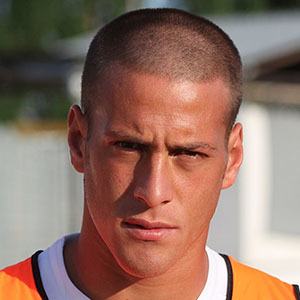 He is known for having won the Primera Division Top Scorer award in 2007 as a part of the Apertura club.

He was born and raised in Remedios de Escalada, Argentina.

In 2003, he returned to Argentina and the Primera Division when he joined Jorge Burruchaga and the Arsenal de Sarandi squad.

Germán Denis Is A Member Of