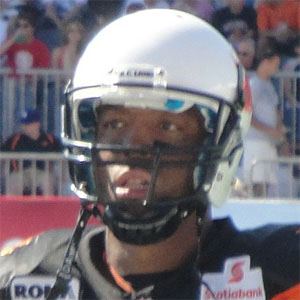 All-Star CFL receiver who is best known for his time with the BC Lions.

He played college football at the University of Maryland, and spent part of the 1997 season as a practice squad member for the Pittsburgh Steelers.

He has won multiple Grey Cups, and set CFL records for most receptions and receiving yards.

He married Tracy Simon during his career, and has two children with her, and one child from when he was in college.

He has spent much of his career playing for coach Wally Buono.

Geroy Simon Is A Member Of