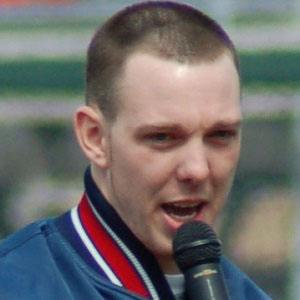 Former basketball player best remembered for his days as a guard at Syracuse University, where he played from 2002 to 2006 and won a National Championship in 2003. He later became an assistant coach at the school.

He was named the Lackawanna League Division II Player of the Year four consecutive years at Bishop Hannan High School.

He won a gold medal representing the United States at the 2005 Summer Universiade.

He married Katie Marie Stott in 2007. He has siblings named Timothy, Bridget and Maureen.

He won an NCAA title alongside teammate and future NBA All-Star Carmelo Anthony at Syracuse University.

Gerry McNamara Is A Member Of