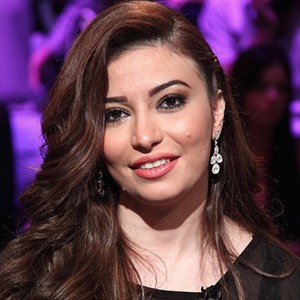 Popular Egyptian singer who first caught the public's eye when she released the hit single "Eid El Qamh." Her fame continued to escalate after winning the Golden Microphone Award for the song "Na'asak Al Hayat."

Her interest in music began when she was just 8 years old.

She was the first Egyptian artist to sing in Turkish.

Her father Reza became the dean of the Higher Institute of Arabic Music.

Ghada Rajab Is A Member Of