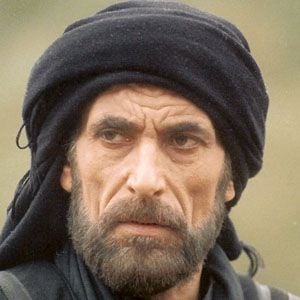 Syrian screen actor known for his role as Saladin in the 2005 Ridley Scott film Kingdom of Heaven. He also appeared in Pirates of the Caribbean: At World's End and in Valley of the Wolves: Iraq.

Early in his career, he was cast in such Middle Eastern television series as Al-Zahir Bibars and Lail Almosaferin.

He became an instructor at Damascus' Higher Institute of Dramatic Arts.

He grew up in Damascus, Syria, where he later raised his own two children.

He was offered a role in the George Clooney -produced film Syriana, but he decided against the offer, not wanting to take part in a project that might portray Arabs in a negative light.

Ghassan Massoud Is A Member Of