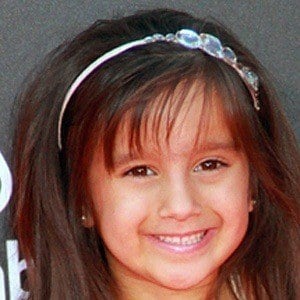 Her father released a book titled Mario and Baby Gia in September of 2011.

She made her television debut when she signed on to be a part of the voice cast of Disney Channel's Elena of Avalor.

Her mother's name is Courtney Mazza and she has a younger brother named Dominic.

Her father first gained fame as a cast member of Saved By the Bell alongside Mark Paul Gosselaar.

Gia Francesca Lopez Is A Member Of