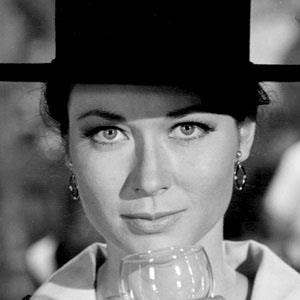 Notable for her role as Anna in the 1961 Gregory Peck movie The Guns of Navarone and for her portrayal of Theresa Renata in the 1957 film The Garment Jungle, Scala is also remembered for her appearances in episodes of Alfred Hitchcock Presents, Tarzan, and The Islanders.

Sharing the big screen with Rock Hudson and Jane Wyman, Scala appeared in her first film, All That Heaven Allows, in 1955.

Tragically, suffering from substance abuse and psychological problems, she died of an accidental drug and alcohol overdose in her late thirties.

Born Josephine Grace Scoglio to Irishwoman Eileen O'Sullivan and Sicilian Pietro Scoglio, she grew up in England, Italy, and the United States. Her marriage to Don Burnett began in 1959 and ended in divorce in 1970.

In the early 1950s, she had a two-year romantic relationship with actor Steve McQueen.

Gia Scala Is A Member Of